skip to main | skip to sidebar

I hardly ever blog anymore, which makes me sad because I really do want to record what is going on in our lives. In an attempt to revamp my blog, I will once again do a "catch up" post for all of 2013 and the first quarter of 2014..

Let's see, since the last time I blogged (Axl's first birthday) a LOT has happened.

In May 2013 we took a family vacation to Florida.  We spent 7 days at the Disney World Resort and 3 days at St. Pete's beach.  We had a ton of fun in Disney World, the kids really enjoyed the rides this time and had a blast meeting all of their favorite Disney Characters.  We stayed in the Disney Animation Suites which were a lot of fun and had plenty of room for our family of five. We also went to Lego Land on our way to St. Pete's beach and visited Sea World for a day.  Lego Land was fun but we got caught in a torrential downpour and every one got soaked.  It was a good thing we had all of our luggage in the car so we were able to change into dry clothes. It was a little hard traveling with Axl, mostly due to his age.  He was a little too young too fully enjoy or understand why we were standing in such long lines, he didn't necessarily want to be held but couldn't really be put down either.  I imagine our next Disney trip (maybe Disney Land in 2015) will be much easier on him.   Here are some pictures of our adventures. 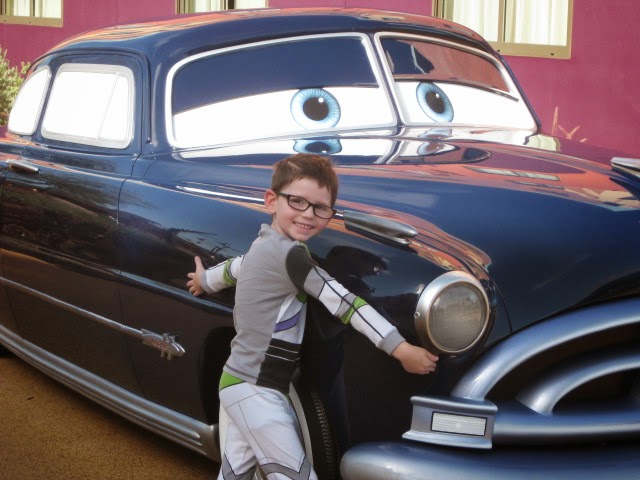 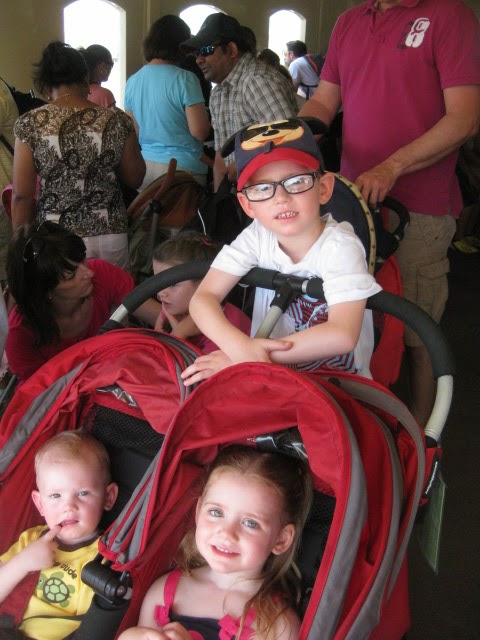 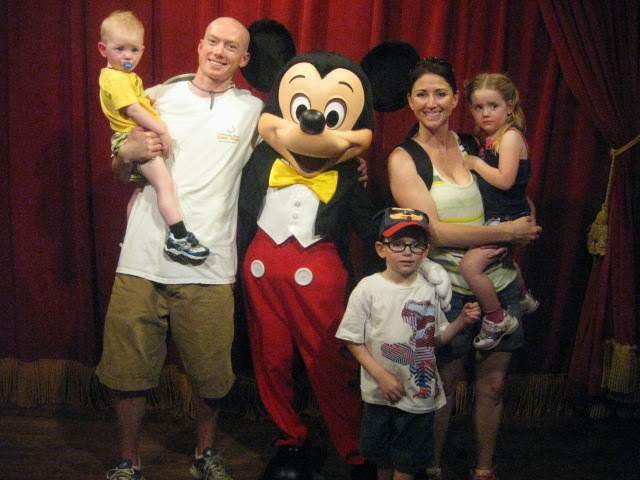 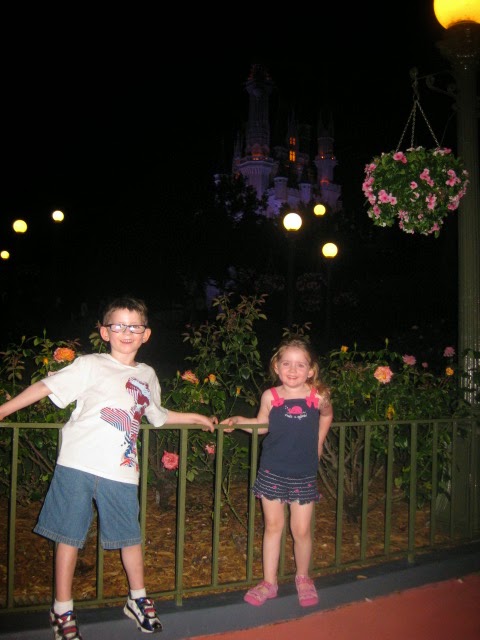 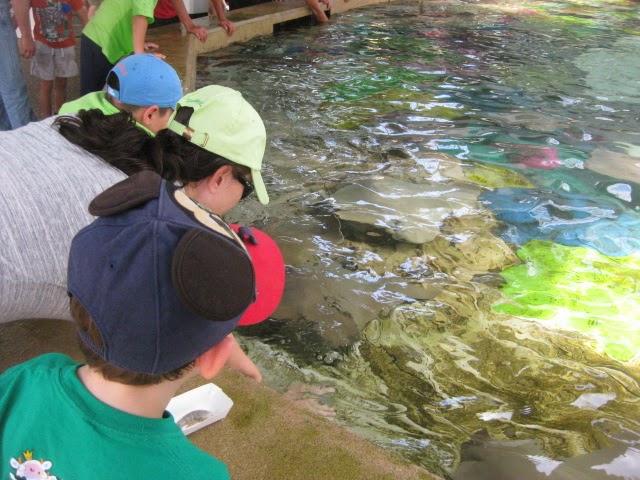 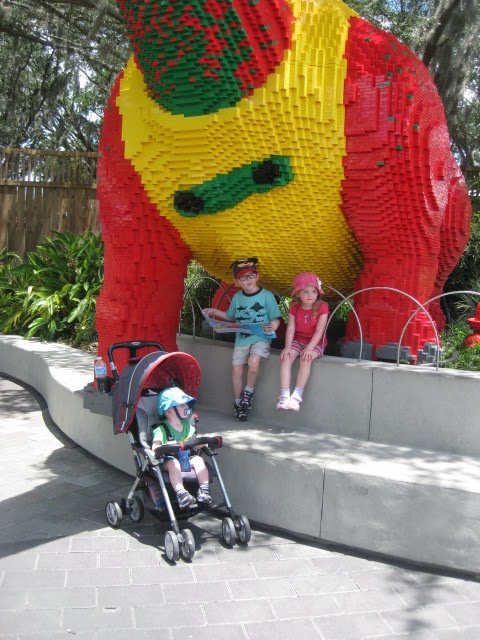 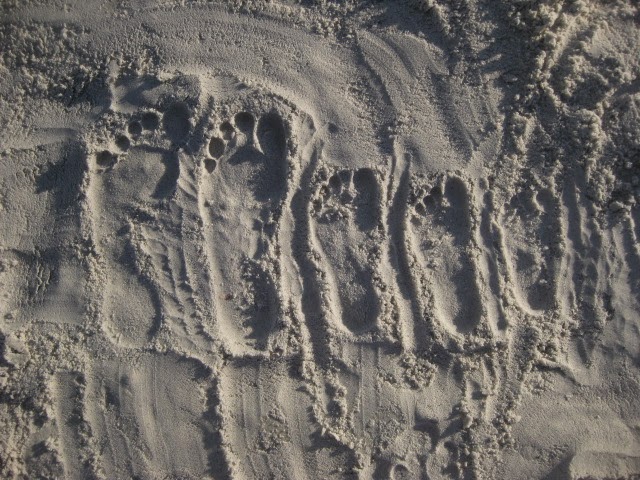 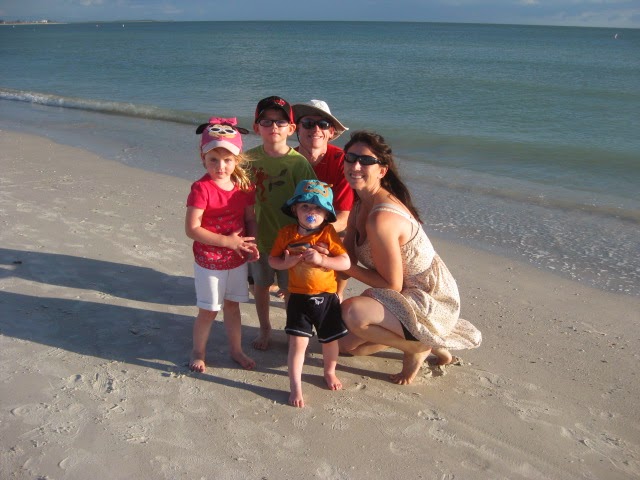 As soon as we got back from Florida, Olive had her first dance recital.  She was a little nervous to go back stage without me, but once she was there she was happy.  She loved dancing on "the big stage" and had a huge grin on her face the whole time.  She keeps asking me when she will get to do it again. Her dance studio is great because we didn't have to buy her a costume and she was able to come back into the audience as soon as her piece was over. It was very laid back and enjoyable. 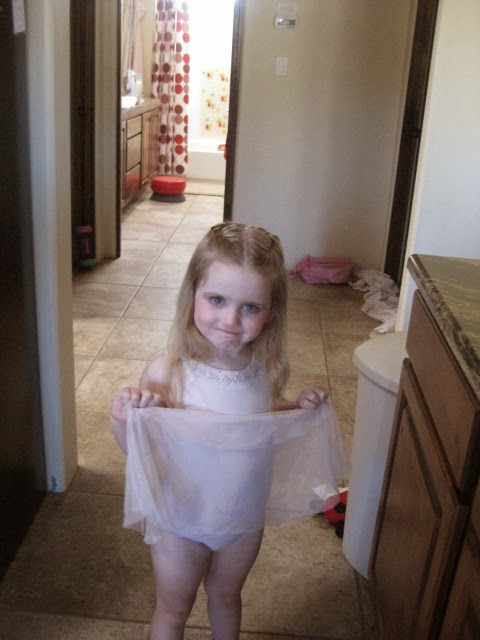 The following week Logan started his first week of Kinder Camp.  Because all of the schools in NM have switched to full day kindergarten now, our elementary school offers a four week Kinder Camp.  This is a time when Kindergartners get to know their teacher, learn their way around the school, get used to eating lunch in a big cafeteria etc. without all the commotion of having a bunch of other (and older) kids around.  Logan was pretty nervous the first day and cried when I left him, but each day got a little easier.  He even wanted to ride the bus.  What a big boy! 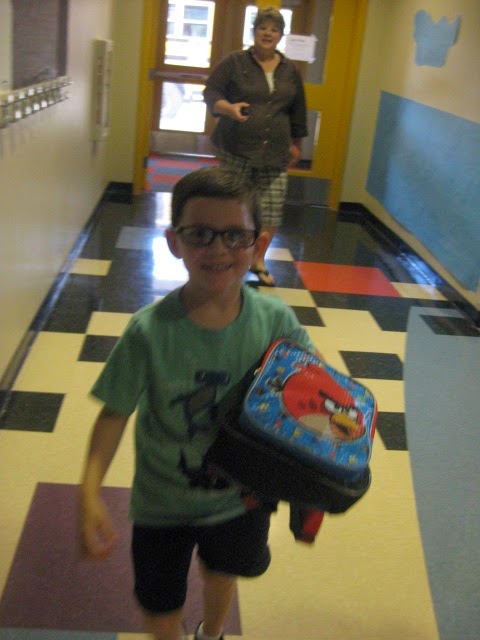 Our next big milestone was Logan's last day at MDO.  The Mother's Day Out program at the Placitas Presbyterian church has been a wonderful program for Logan (all of my kids really). Logan has been going since he was 20 months old, year round.  Ms. Debbie has been a great nurturer to Logan and really helped him grow.  He made a lot of friends there and enjoyed going.  His last day was bitter-sweet but I did get to stay with him that day and we had a lot of fun together with Olive and Axl. 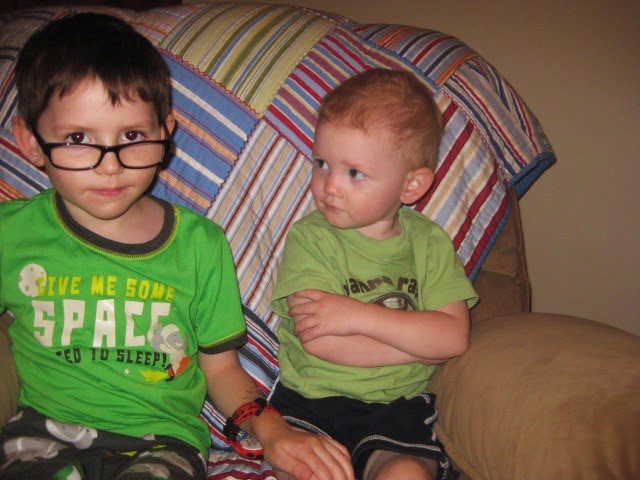 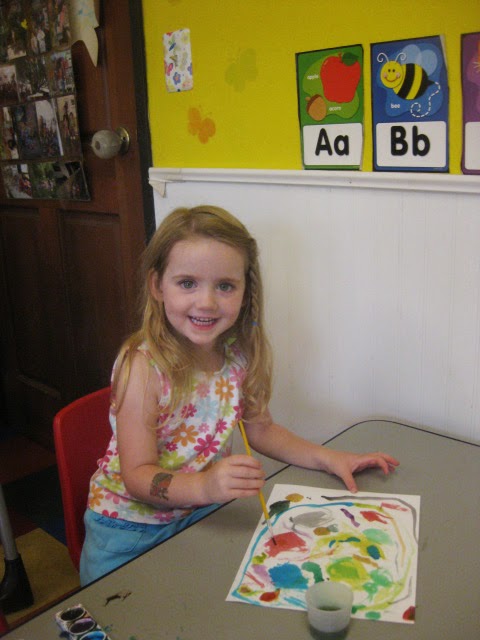 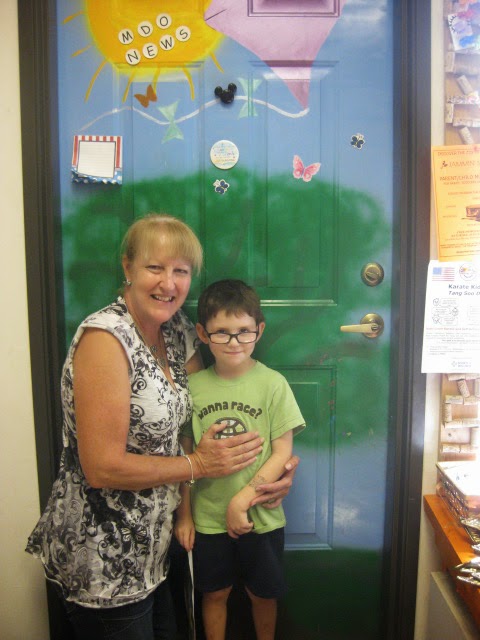 And then came Logan's first day of Kindergarten.  This day was really hard on me. I felt so nervous leaving him all day in the care of basically strangers. Logan cried when I left him and it was sad. I told him he would be safe with his teacher and then later in the week found out that he was crying at lunch because his teacher wouldn't stay in the cafeteria and he didn't feel safe.  Poor guy, he really internalizes everything I tell him.  He is getting so big and so brave though, it is amazing how much they grow when given the opportunity.  Logan is the most popular guy in his class.  All of the other kids adore him and his teacher even has to draw names before lunch to see who will sit next to him in the cafeteria (apparently the other kids get into shoving matches trying to get a seat next to Logan). Logan is so sweet and kind to everyone. He is excelling in Kindergarten and is above all the benchmarks academically.  His teacher is now working on teaching him some basic multiplication. 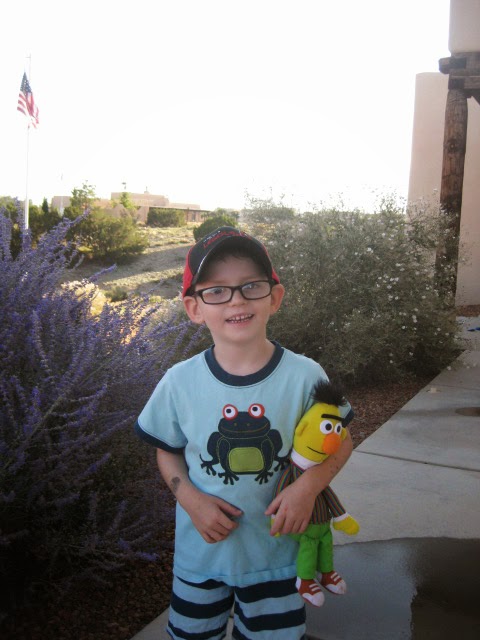 Since Logan's first day of Kindergarten (back in 2013) he has lost 4 teeth (1 in October, 1 in December, 1 in January and 1 in March). Olive turned 4 and Axl turned 2. I started a business as a Doula and have had the pleasure of welcoming many babies into the world. I am in the process of starting a Doula Cooperative where I will be on call two or three days a week and along with 2 other Doulas have up to 8 clients per month.  I am training for half marathon number three in Nashville on April 26th.  Olive had her tonsils out on the 4 of March.  She did fantastic.  She woke up from her anesthesia very happy and calm. The doctor said he has never seen a child wake up without screaming.  She hardly complained about any pain and we controlled her pain with tylenol.  She was ready to eat right away and loved all the Popsicle and ice cream.  Since her surgery she has quit snoring and is sleeping so much better.  It really is amazing.

I am sure there are a ton of things that have happened that I am forgetting, maybe someday I will come back and fill in the blanks.  For now, my goal is to update this blog at least monthly...maybe weekly. And I am not making any promises about the length of the posts, heck they may even be just pictures. It was recently brought to my attention however that it is important to document everyday life so that is what I am going to try to do.
Posted by Maria at 9:47 AM

Its hard to keep up! I am updating blog stuff today - I am sure there are a million other things I should be doing, but its fun looking at the pictures I've taken of baby! So glad Logan has a teacher that will go the extra mile to challenge him!

I love to read your updates so I am glad you are gonna get back to it. It is so easy to blink and have so much that has happened in that time. It was a great year for you! The children are getting so big so fast. It is wonderful to hear how well they are all doing, can't believe how many teeth Logan has already lost, such a big, sweet boy. Congrats on your doula job!
Love you guys!
Erika